Project Spearhead will operate on parallel paths. While collecting authorization cards to spearhead the union movement, Project Spearhead will also operate as an Association of fighters and secure benefits for its members such as health care, access to legal review of contracts and access to reputable financial planners. The ultimate goal is for all fighters, across every promotion, to speak with a unified and collective voice

Why does Project Spearhead exist?

What's the big deal about being classified as independent contractors or employees? A number of legal protections would attach if we were properly classified as employees, such as worker's compensation, unemployment insurance, and the right to form, join and be represented by a union. The UFC misclassifies us as independent contractors, but that is not enough for the UFC, they want to maintain control over us without the legal responsibility that comes with having employees.

Project Spearhead is here to force the issue - the UFC can choose to either pay into our needs and respect us as employees with a say in all decisions affecting us or treat us like the independent contractors that we are being called and lighten up with the USADA supervision, uniforms and restrictions. There have been several different groups that have stepped up to the plate in the effort to organize, but they have all gone back to the dugout before even trying to swing. Project Spearhead is not sponsored or run by any individual or outside organization, and no position of power will be gifted to any individual because they know the right people. All areas of power will only have power by representing the fighters' best interests.

We need to have either the autonomy of being independent contractors like the UFC claims we are or we need to get benefits and a seat at the table as employees since the UFC treats us like employees.

Project Spearhead is a vehicle to give the fighters in the UFC more power in negotiations, payments that are reflective of their worth and comprehensive medical insurance both during and after a fighter's career with the UFC.

There is no outside group or individual that is driving project Spearhead. It exists solely to further the interests of fighters currently in the UFC and those that will be there in the future. It will be driven and run by and for those fighters. No position of power will ever be permanent, and everyone who wants to participate will make all decisions democratically.

We will have a Constitution and Bylaws, which will be Project Spearhead's rules of governance, and we will establish an interim Executive Board of fighters comprised of fighter volunteers until membership grows enough to hold a democratic election for those positions. The Executive Board will be comprised solely of fighters only and will determine policy by majority decision, including decisions to employ professionals to assist such as lawyers and economists.

In order to be effective, we need to focus on topics that we can all agree upon. Some suggestions include:

These are some suggestions, but they are not the set agenda of the Association because we first need to form the Association and democratically vote on the topics we all think are the most important.

Becoming a certified labor union is a process, and we will have to complete certain actions at certain times in order to get the best results. It will not be until the last step that we actually elect the union that Project Spearhead will officially become the designated negotiating body for the UFC fighters. During that election, if another group or individual has demonstrated aptitude and effectiveness then they can be in the running to be elected instead of Project Spearhead. If at any point after the formation of the union we decide as a group that the union is not in everyone's best interests then we can disband the formal organization and move forward with actions that will help the fighters gain respect, compensation and medical security as is befitting to internationally recognized athletes competing at the top echelon of the game.

Once 30% of the fighters have signed cards we shall have approximately 150 cards, and we will submit them to the National Labor Relations Board (NLRB) where the NLRB will look at a list of 11 factors to decide whether or not we are independent contractors or employees. Exotic dancers and FedEx workers, among others, have already used this process to gain back wages and benefits and form unions. If the NLRB finds that we are employees, then we move forward with this plan. If the NLRB does not find that we are employees, then we are still independent contractors and are not eligible to become a union. However, if this occurs, we can continue our voluntary association to focus on bettering our profession. No names will be released by either the NLRB or the organizers of Project Spearhead, so everyone can sign without worrying about retaliation from the UFC.

If the NLRB determines we are employees and therefore eligible to unionize, then we will have an election, and in order to prevail, Project Spearhead will need 50% of the fighters plus 1, a simple majority, to vote in favor of Project Spearhead.

Elections will be held to determine the officers and Executive Board of the union. Once those positions are filled, we will move to choosing topics and working toward a collective bargaining agreement (CBA) with the UFC. The CBA will deal with whatever topics we decide are imperative to a healthy and productive fighter's life.

"When you guys have this unity, when you guys are operating together in the same page together, it does nothing but simply fortify the sport and make the sport better. Not just for the present, but also for the future generations that are coming, so it's extremely important."

speaking to the UFC athletes about the benefits of unionizing May 22, 2017

If you are a fighter on the current roster of UFC fighters and are interested in filling out and signing an Authorization Card to allow Project Spearhead to commence the process of unionization with the National Labor Relations Board (NLRB), please click on the Authorization Card link and follow these steps:

The completion and submission of these Authorization Card is a strictly confidential process. We are requesting that you send completed cards directly to our counsel in order to fully protect your confidentiality throughout this process. When Project Spearhead collects enough completed cards to submit to the NLRB, the NLRB will review the cards against a list of current fighters provided by the UFC. The UFC will never know who did or did not sign and submit cards.

Your confidentiality is of the utmost importance to Project Spearhead and will be protected at all times. 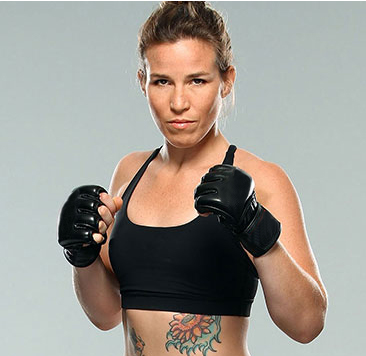 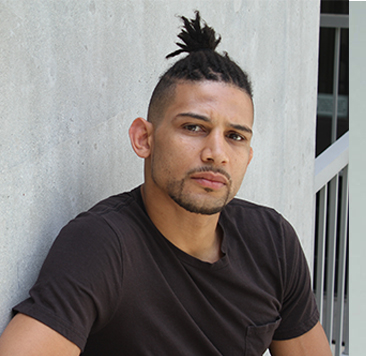 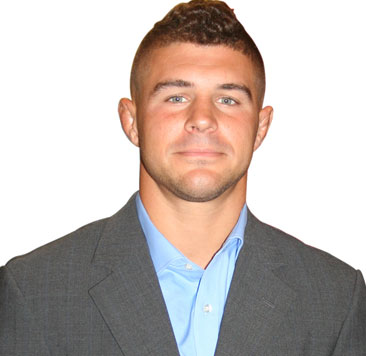